The 2020 Sir John Monash Dinner and Lecture for 2020 has been cancelled due to COVID-19 restrictions.

Sir John Monash’s greatest attributes are often acknowledged and referenced when speaking in areas of national and global significance. In 2020, the world is being tested by health, economic, political and other crises.

Applicants are invited to submit an essay on “How a  21st century Sir John would address our nation’s current challenges, and the personal attributes and skill set he would employ to lead our country out of this crisis”.

Entry in this essay is open to long term residents of Murrumbidgee Council who are considering entering into post secondary education through University, College or TAFE, or an approved course of formal training with a Registered Training Organisation, ie apprentices, trainees, adult education.  Entries close at 4.00 pm on Friday 6 November 2020.

The bursary is valued at $2,000 and is awarded to assist with personal costs associated with course expenses. The successful applicant will be announced at the Remembrance Day Service to be held at the Jerilderie Cenotaph on Wednesday 11 November 2020, commencing 11.00 am.  The full requirements and conditions and PDF fillable cover sheet are available to download. Please attach the cover sheet to your entry.

You can view Council's other scholarships on offer here.

Mr Bennett said it was the first time he had been to Jerilderie and said it was very special for him to come and meet the locals and speak about the achievements of his great grandfather.

Mr Bennett provided a fascinating account of the many achievements of General Sir John Monash, his passion for life and his quest for learning. He emphasised the importance of understanding the full life of his great grandfather, from his time as a civil engineer before WW1 building many constructions around southern Australia, to leading the AIF and then his involvement in many nation-building projects after the war.

Also part of the evening was the announcement of the winner of the Monash Bursary, which is sponsored by Murrumbidgee Council.

Cr McRae said it was a great pleasure to announce Grace Leeds as this year’s bursary winner.

“I congratulate Grace on winning the $2,000 bursary and wish her every success in her studies,” Cr McRae said.

The Monash Dinner was just one of a host of events held over the weekend. Other events included the Jerilderie Gold Cup, the 150th birthday celebrations of Jerilderie Public School and the open day for Jerilderie Independent Living Units.

Mr Bennett also attended the races and spoke at the Jerilderie Public School celebrations of the high regard his great grandfather had for his teacher at the school and the importance he placed on lifelong learning. 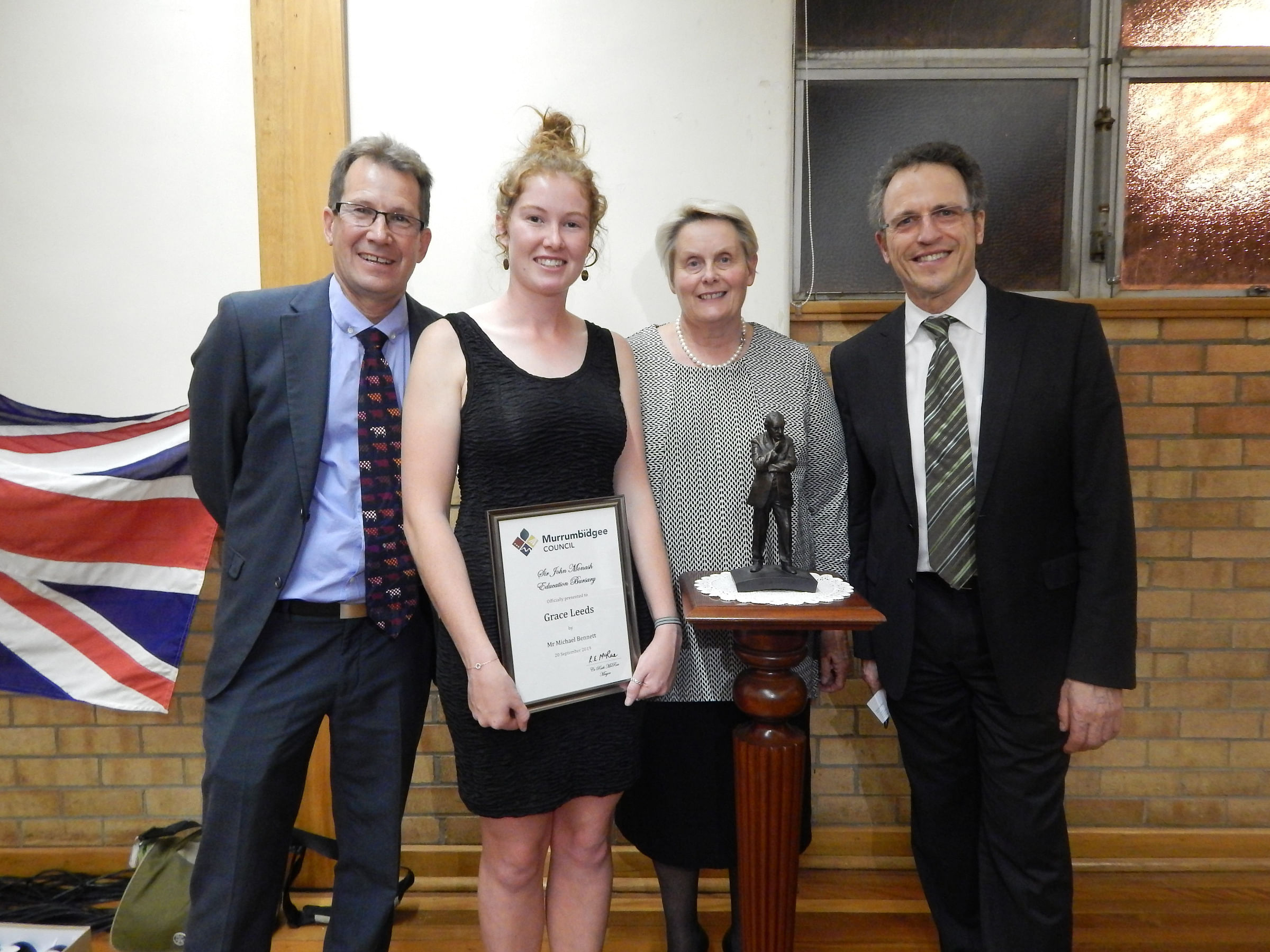 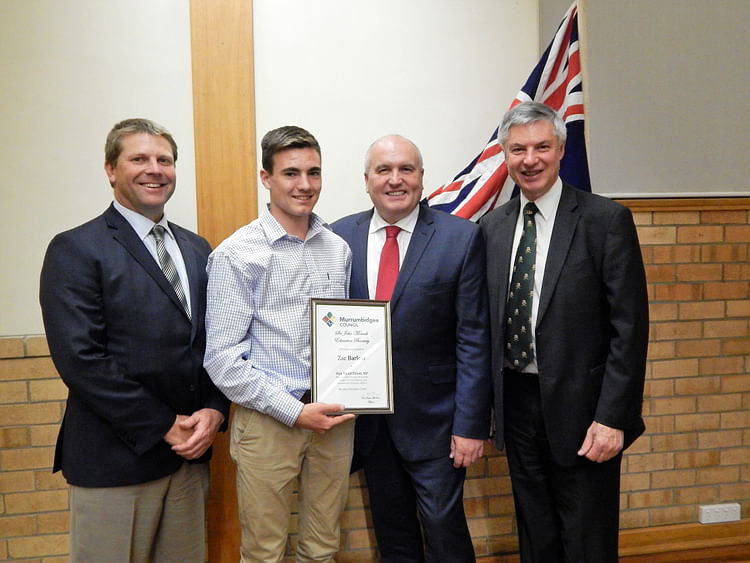 The 11th annual Sir John Monash Dinner and Lecture was held on Monday evening 8 October 2018, in celebration of Monash, the man and the military commander.

The Dinner continues to grow in prestige, with prominent guest speakers presenting the Lecture.

In 2018, we were privileged to welcome the Hon David Elliott MP, Minister for Counter Terrorism, Minister for Corrections, and Minister for Veterans Affairs to deliver the Oration.  Minister Elliott is a passionate advocate of Sir John, and a supporter of the Jerilderie Proposition to have Monash promoted in rank to Australian Field Marshal.

The Minister has proudly served as the Member for Baulkham Hills since 2011 and has also held the positions of Parliamentary Secretary to the Premier for Youth, Homelessness and the Centenary of ANZAC, and Minister for Emergency Services.